The design of the restaurant in pirate style. Using cannonballs 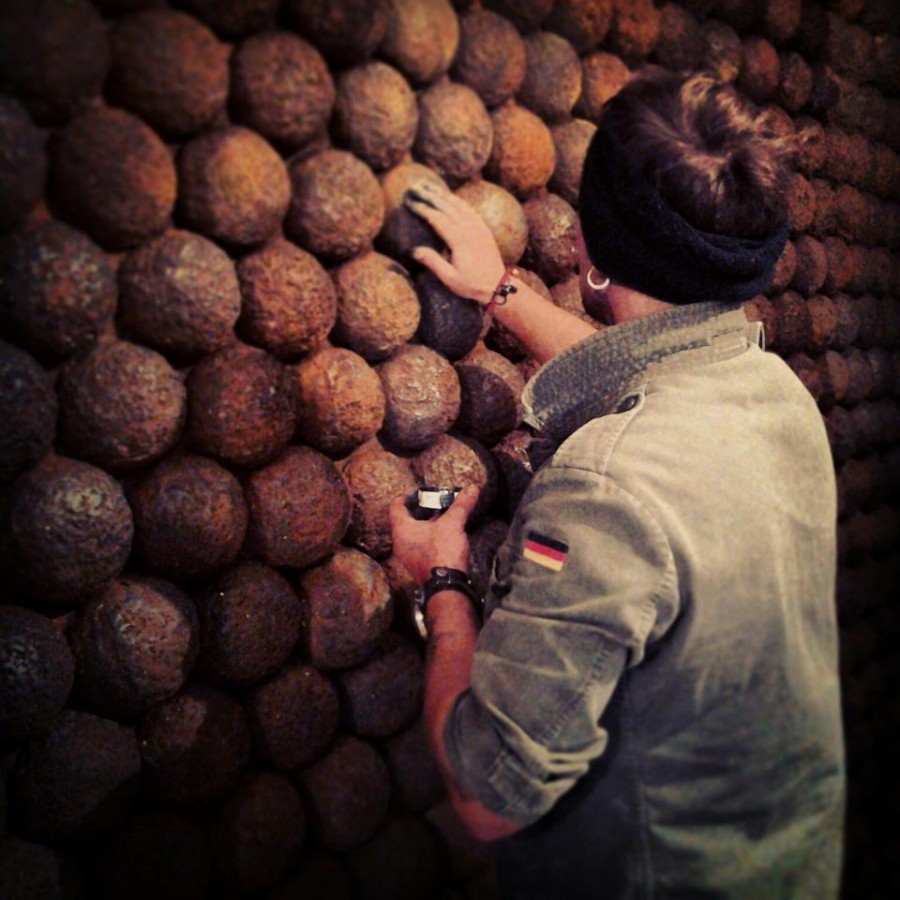 The story about how I took out the core from the bottom of the sea.\" I was asked to draw a wall in a pirate restaurant, who from such refuse? So I refused! I came up with a great idea to cover this wall cannonballs. Yes where to get it? The answer is simple - to make your own. Today I will tell you how! The kernel we are going to do, literally, improvised. To do this, take a metal ball of a suitable size to us, a sheet of foam and a gas burner. Heating the ball... and resting on the foam... the resulting form for future kernels. Then the covered core with plastic wrap so that it's easy to take out of the kernel form. Then in these forms spread gypsum plaster and waiting for the plaster to set. Once it took the form of take out and glue on pre-primed wall. Glue on the same plaster. Orderly rows...), I immediately give the kernels the old, battered look. Get a wall. The next stage is painting. The kernel should not be of the same color, so paint in rows and layers. I paint with a metallic paint, which is then oxidized to obtain natural rust. Pictured kernel already rusty. Then cover them with a metal paste to make them look like real rusty core. And the last decorative point, on the rust going through again with paint and acid to get the green patina streaks. And voila! We have a whole wall of cores that have lain on the seabed for years! And I want to remove a couple of cores and charge the gun! Great idea and not difficult to implement :) 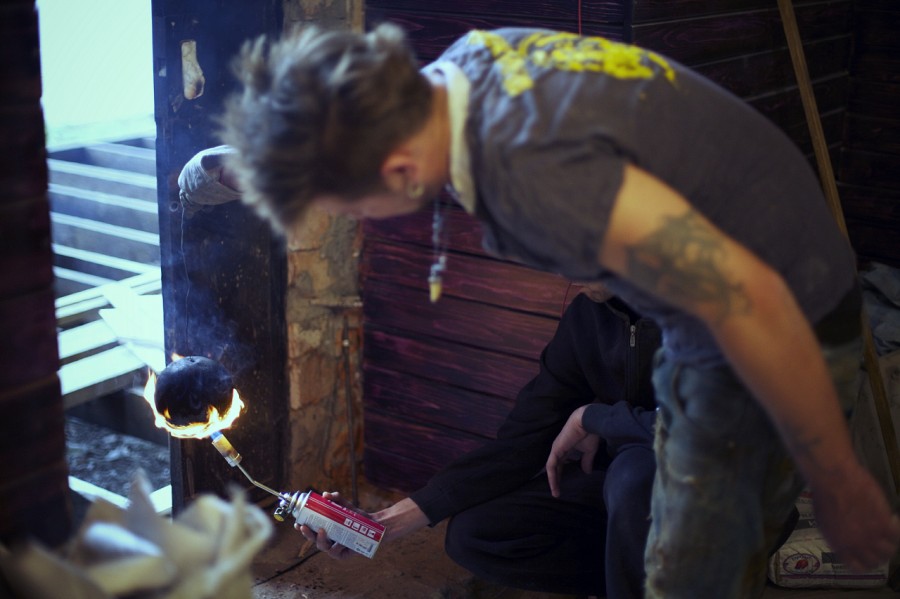 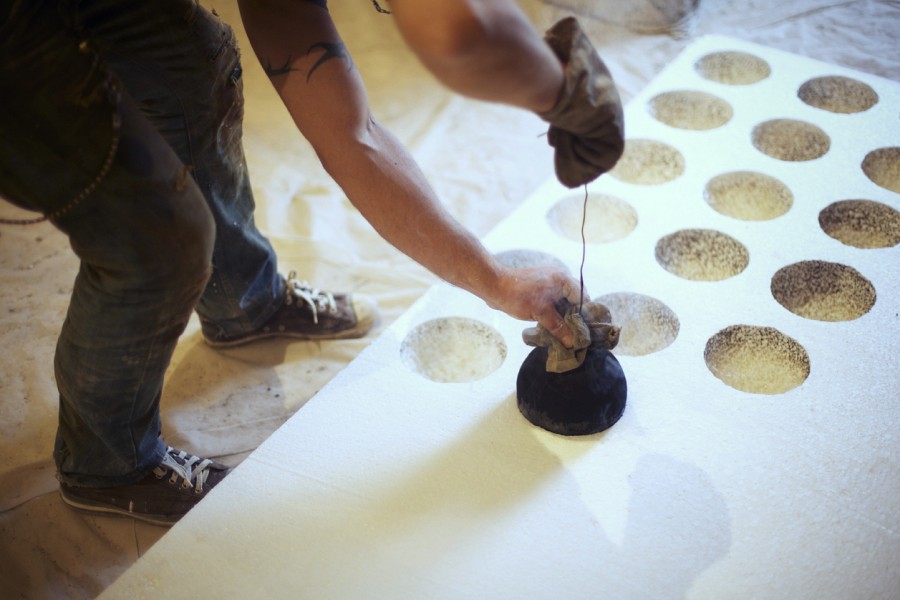 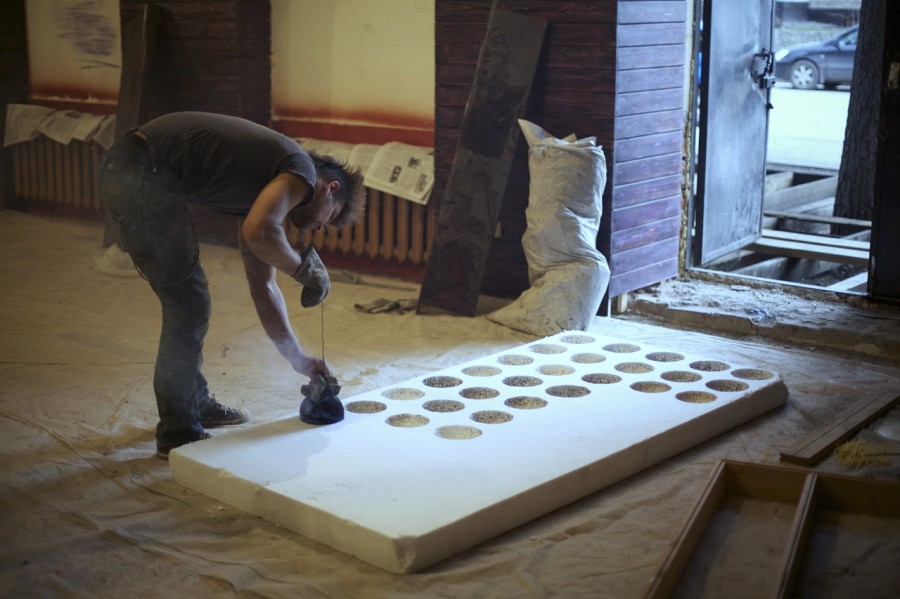 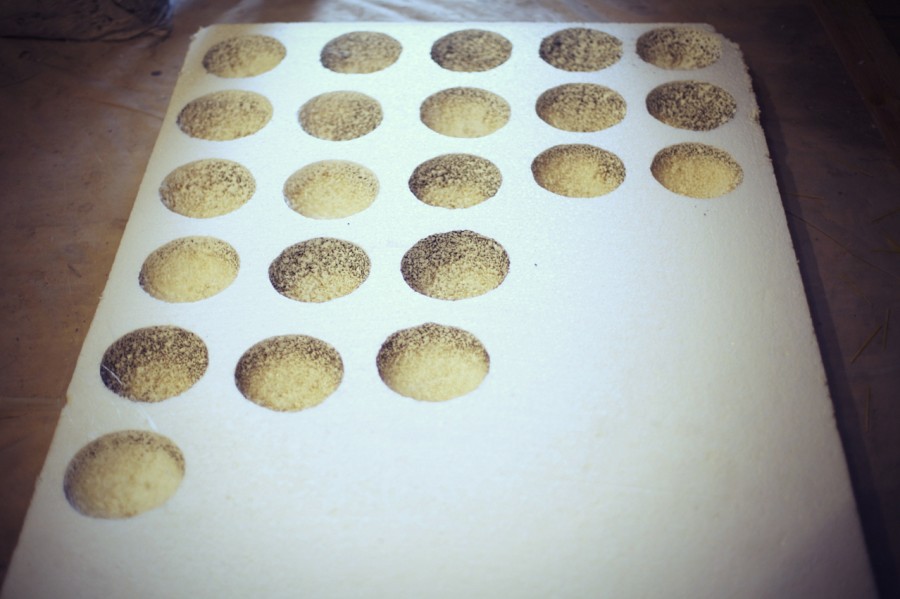 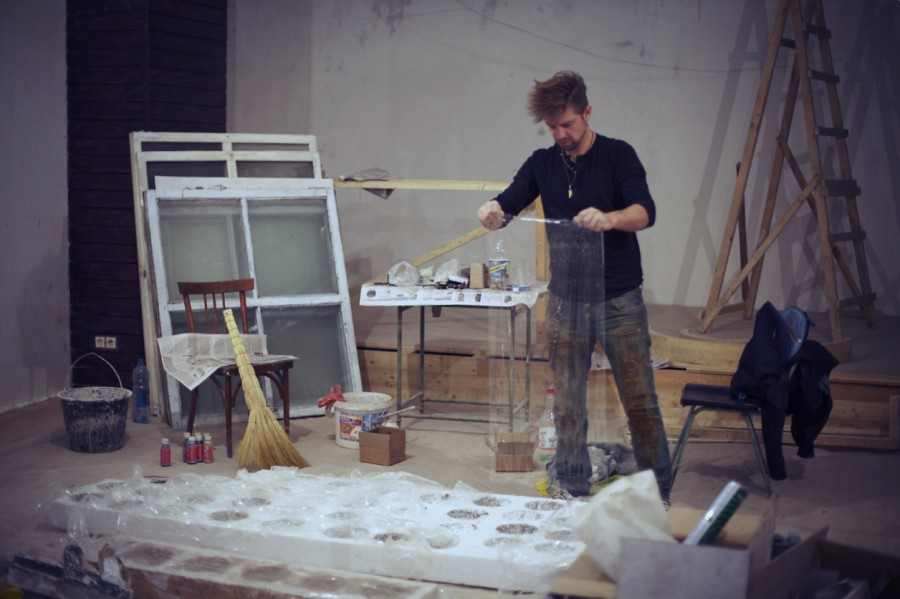 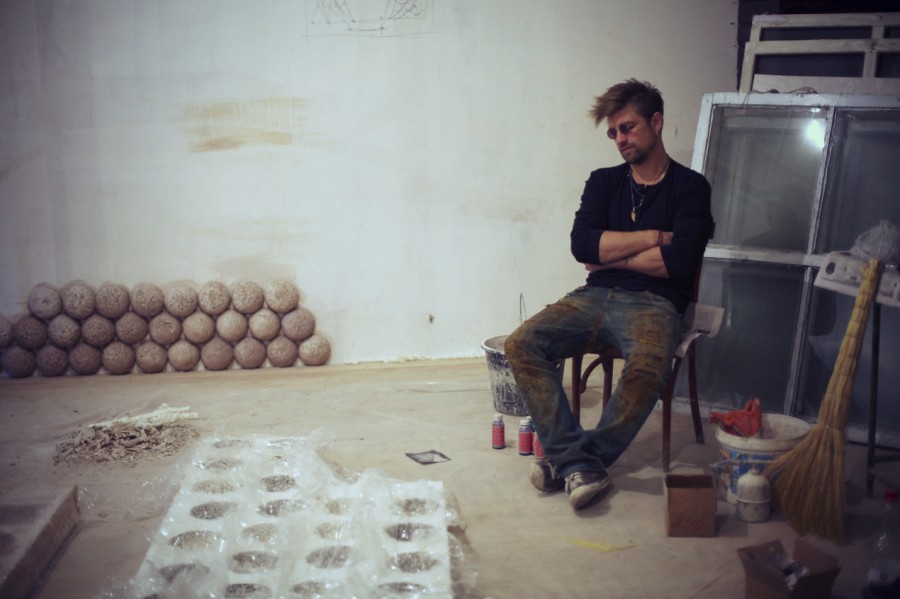 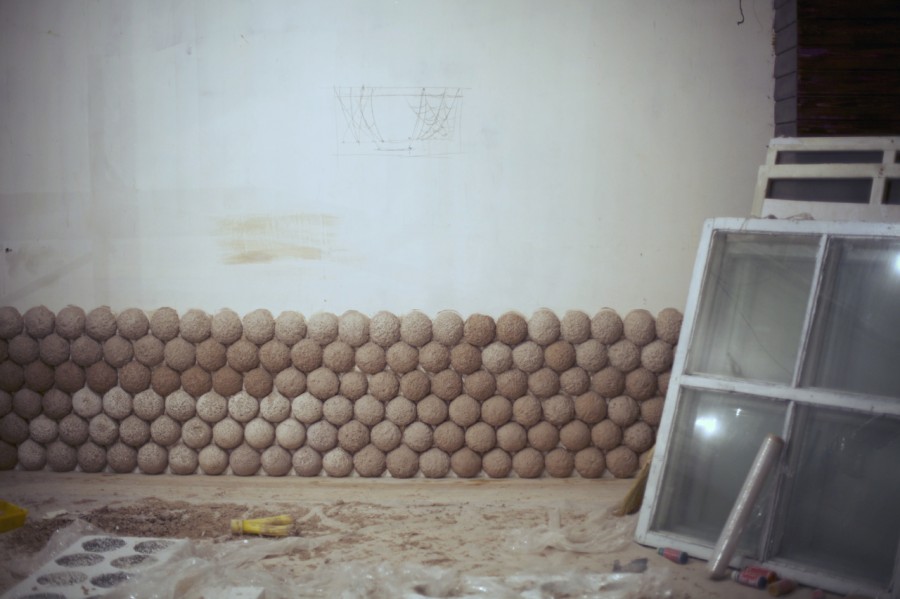 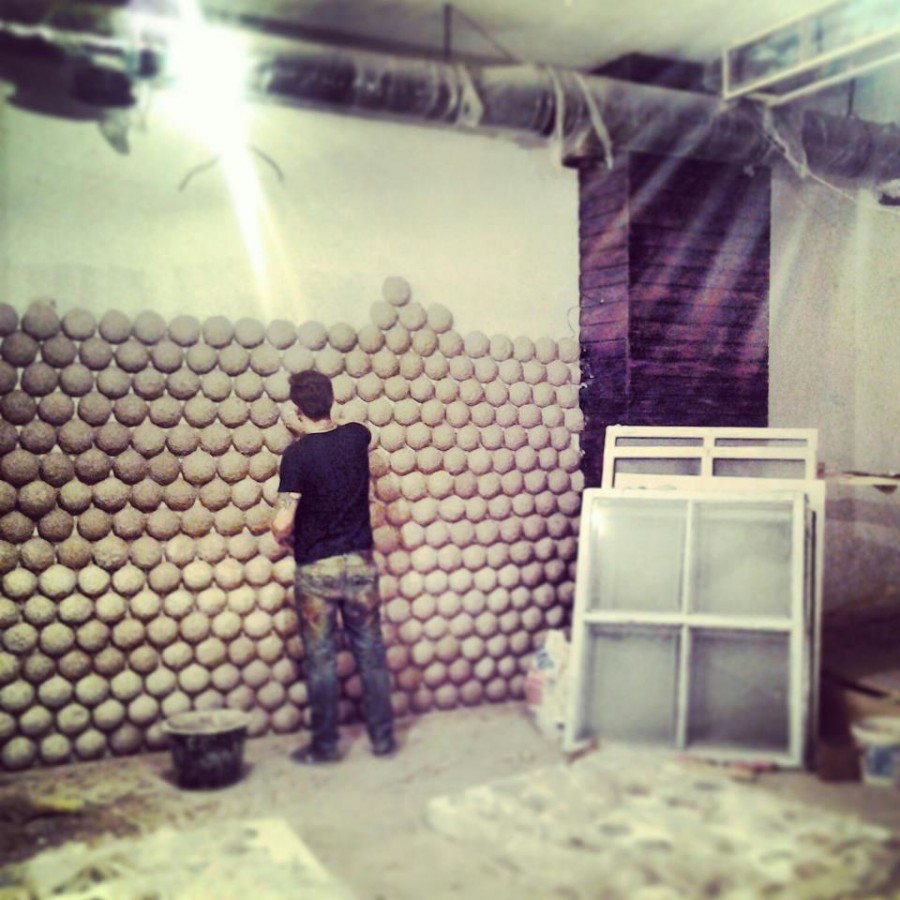 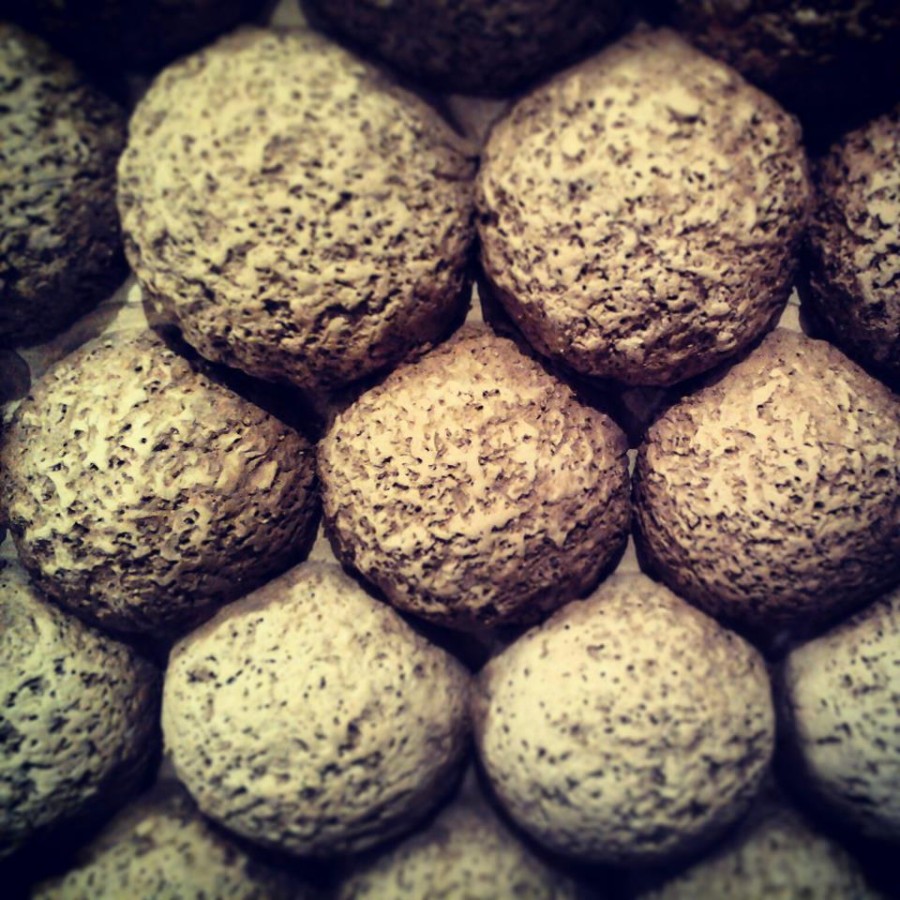 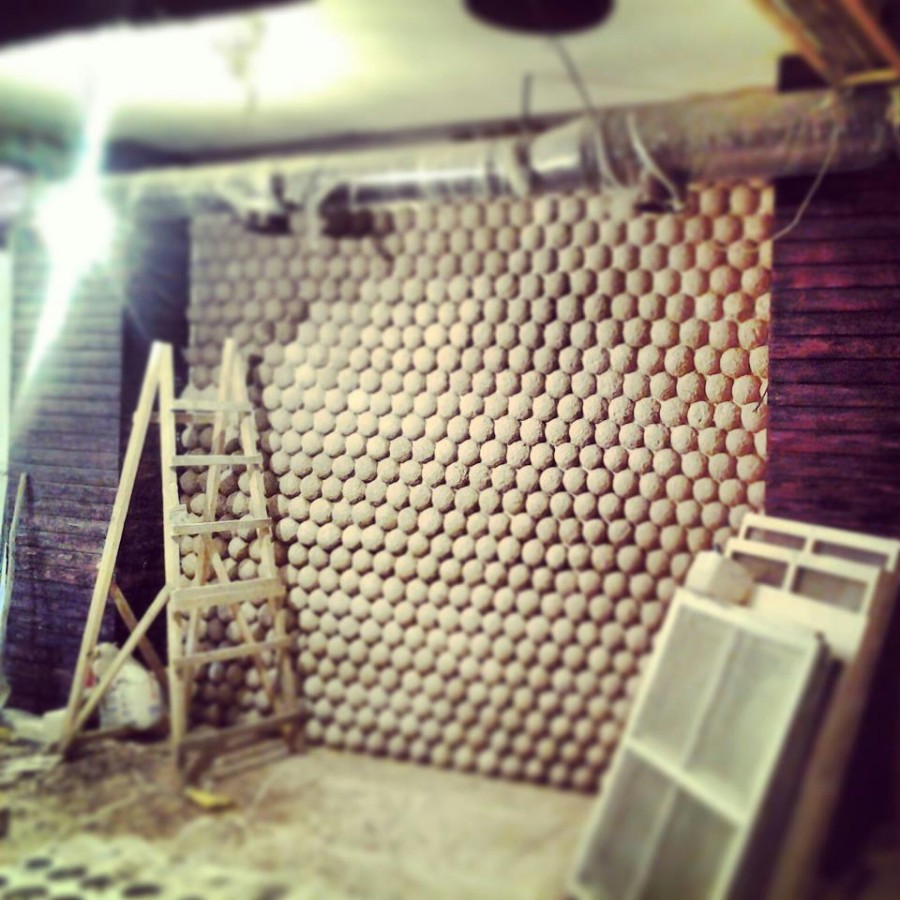 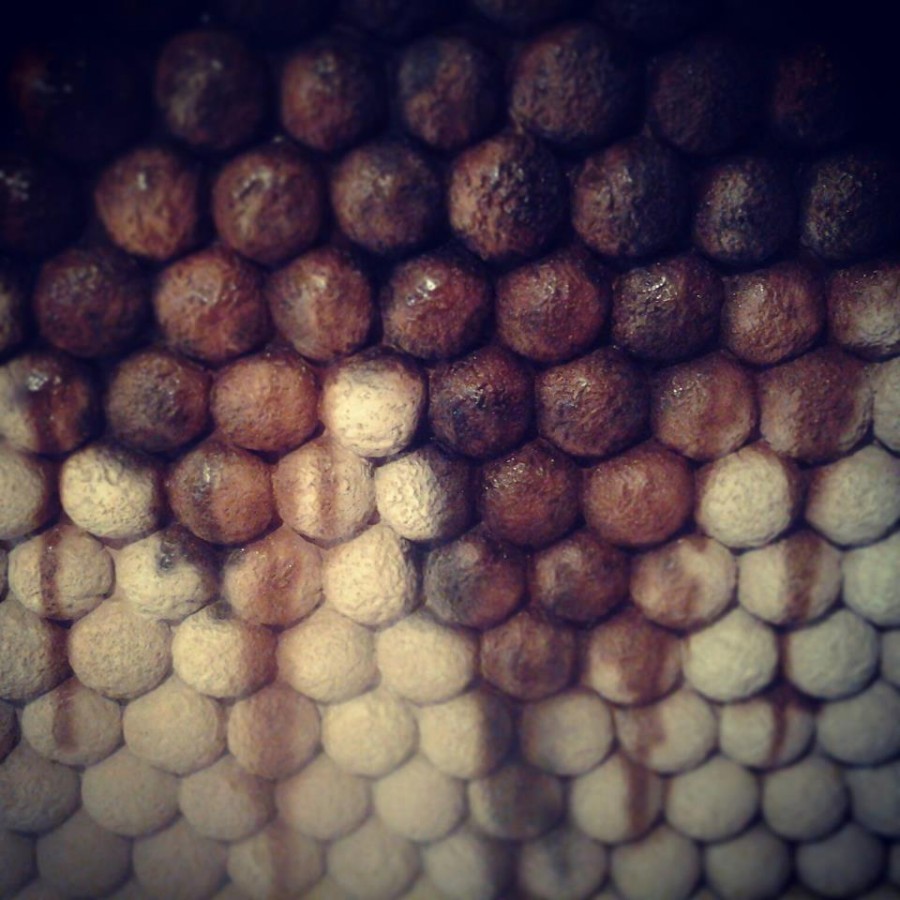 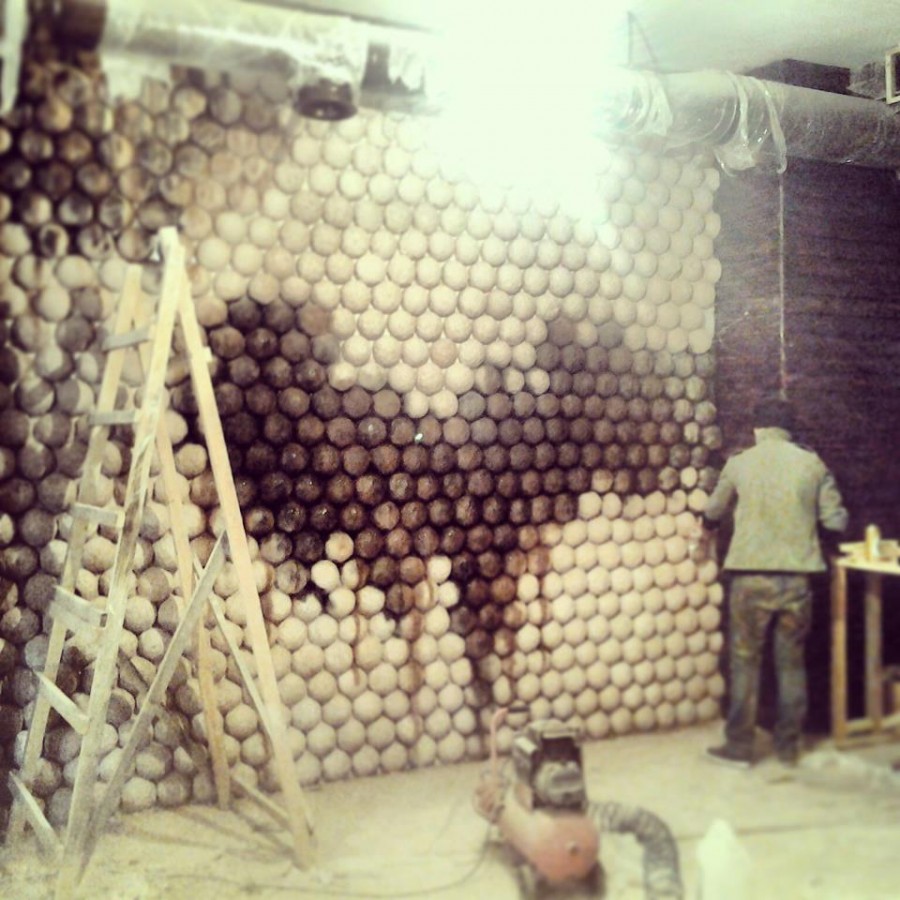 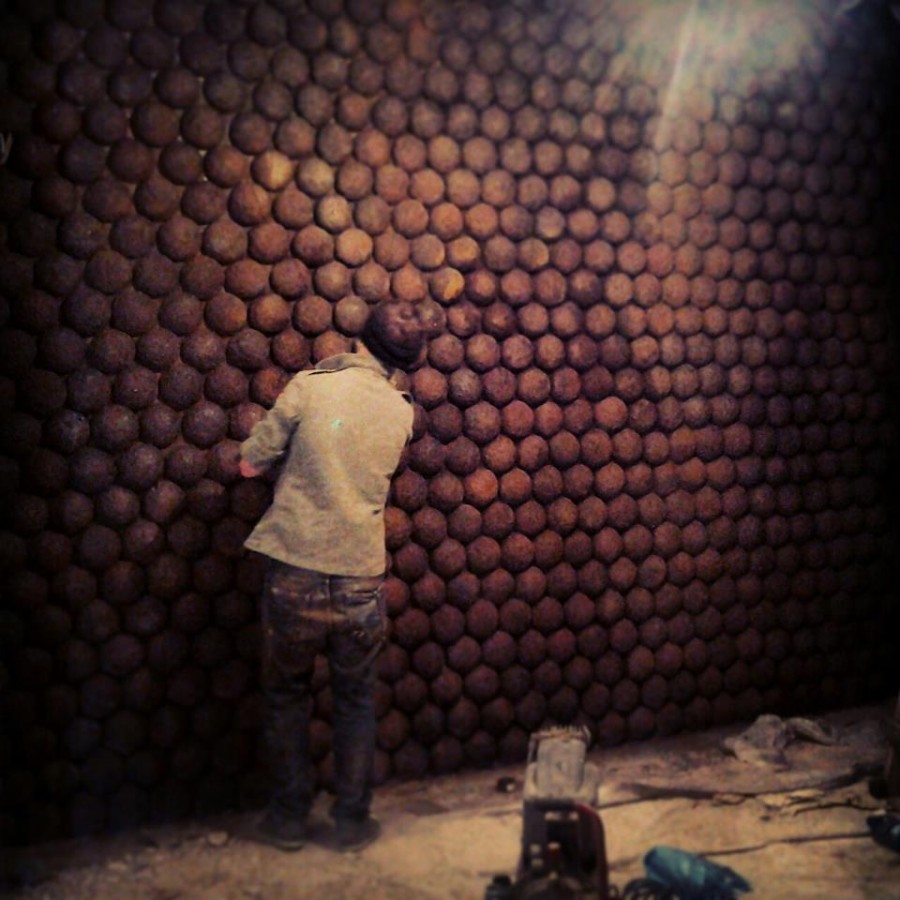 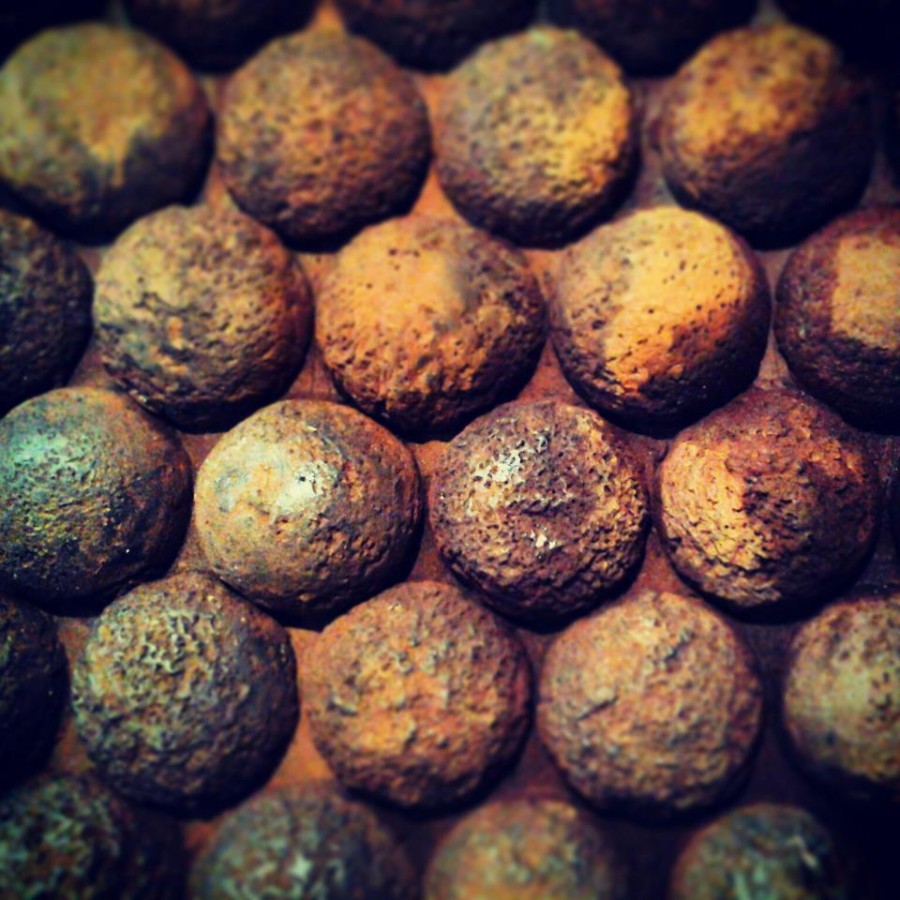 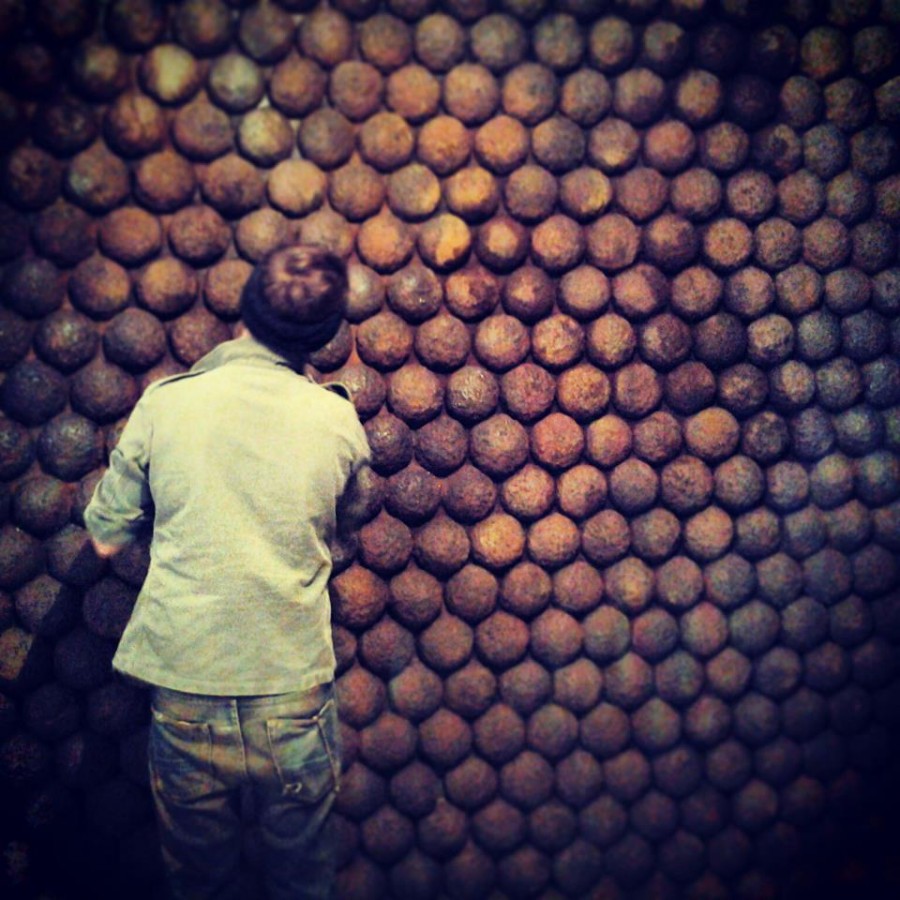 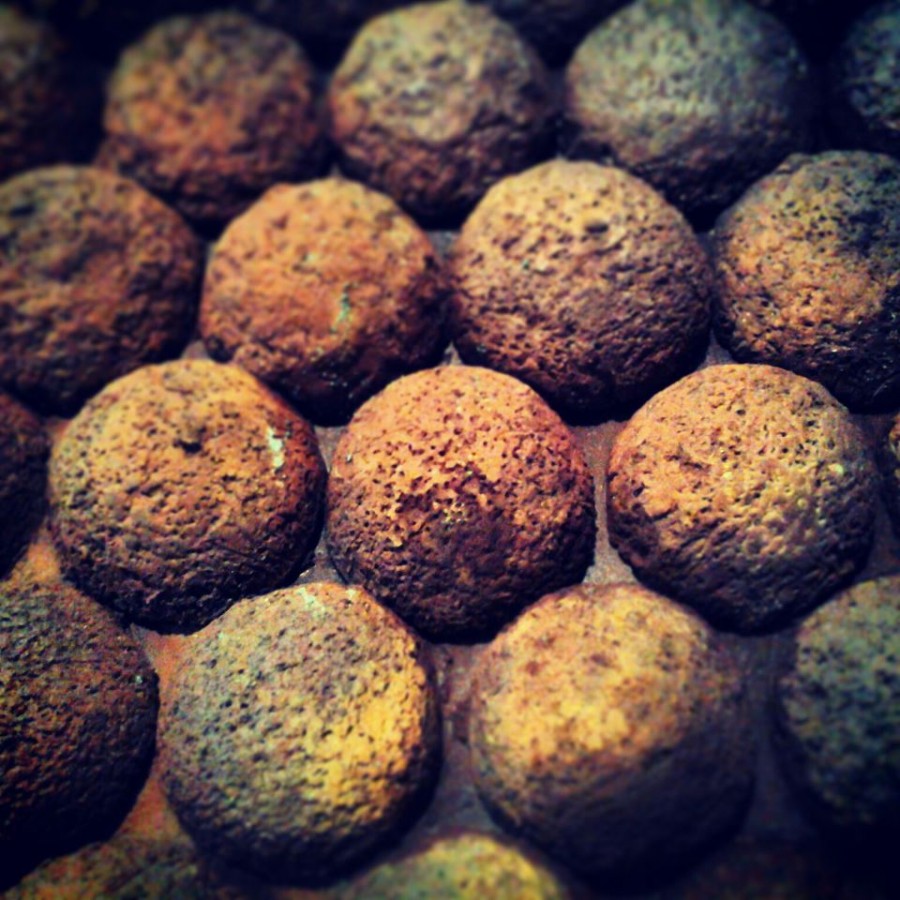 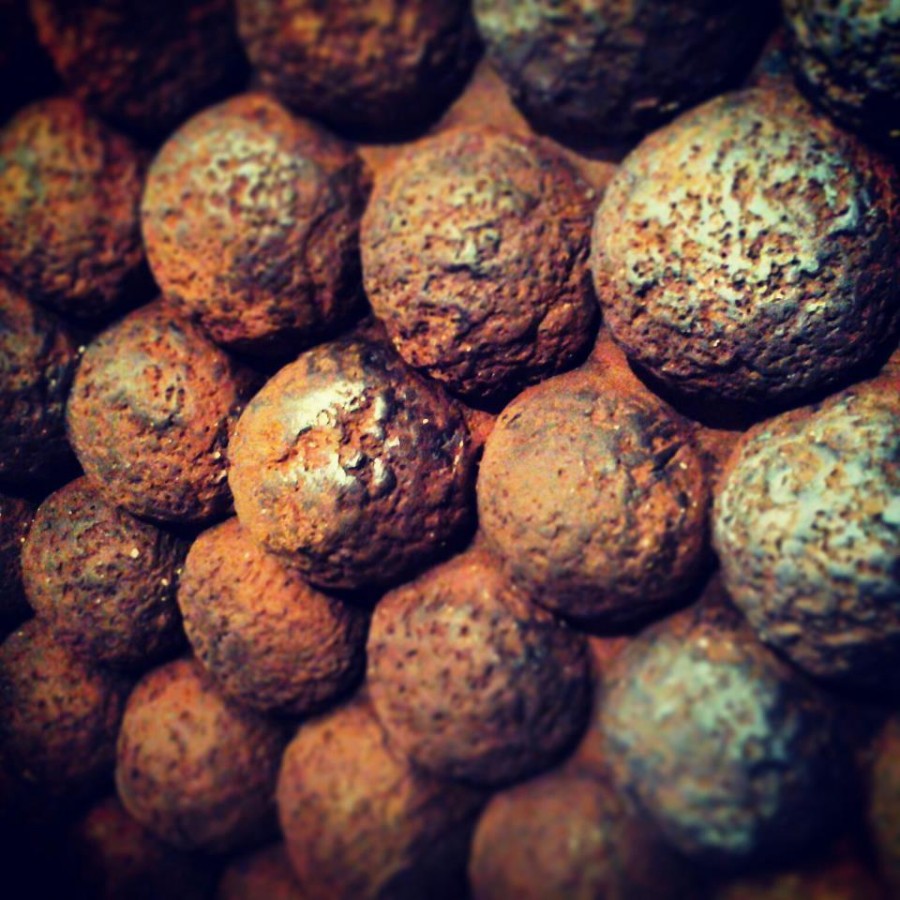 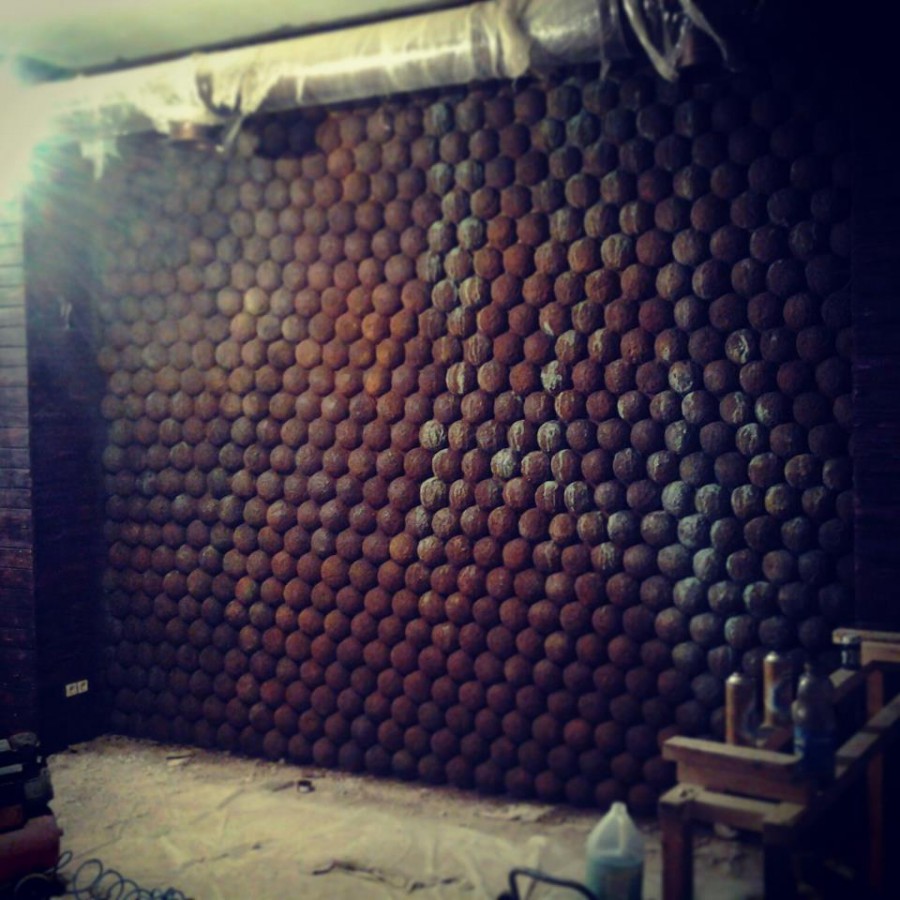 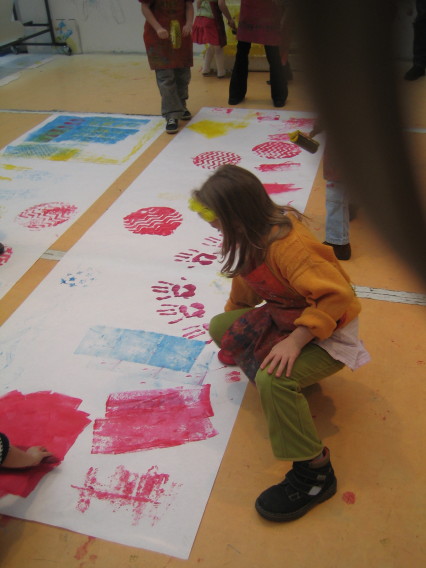